March 08, 2020
I write from the open plains of central Ohio, as we barrel down the interstate (obeying all speed limits) so we can get to our destination (Oxford, Ohio) in time for our joint rehearsal with the Miami University Men's Glee Club before our concert tonight.

The guys successfully departed Charlottesville yesterday (!), almost on time (Djembe). I asked them to take some pics of loading the bus, etc. This is all they sent me: 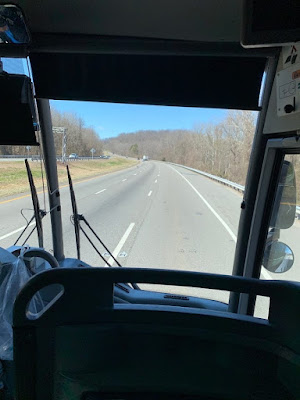 They were greeted upon arrival in Pittsburgh by our super-fossil (alumnus) Lloyd Stamy, who jumped on the bus and took them to ride the historic Incline and then to dinner at Ritter's Diner, near our hotel. 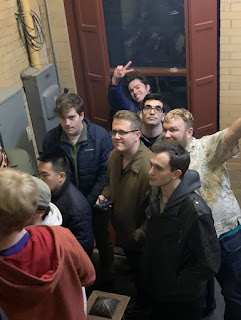 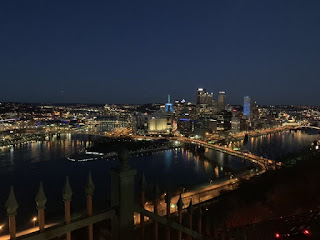 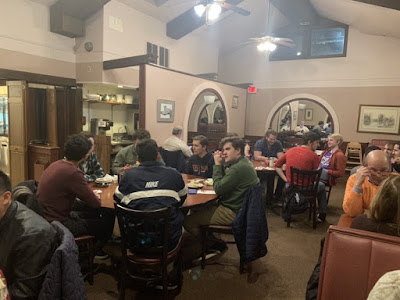 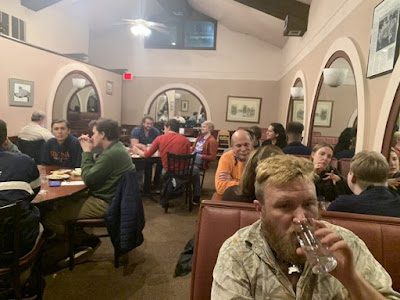 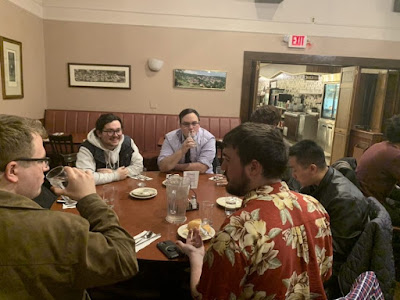 I wasn't on the bus because I was attending (and presenting at) a conference of the American Choral Directors Association in Rochester, NY. So I flew to Pittsburgh (via DC, since there are no direct flights) and got to the hotel at around midnight, when all the guys were snugly nestled in bed, since they had an early wake-up time and we lost an hour because of the (stupid) time change.

This morning, we almost left on time again (Djembe!), and made our way to Shadyside Presbyterian Church, a glorious architectural specimen next to the University of Pittsburgh campus. We warmed up a bit on the bus, but the guys were in better shape than I expected. We sang a choral prelude, a service anthem, and then a 30 minute program before we jumped on the bus to hightail it to Ohio. 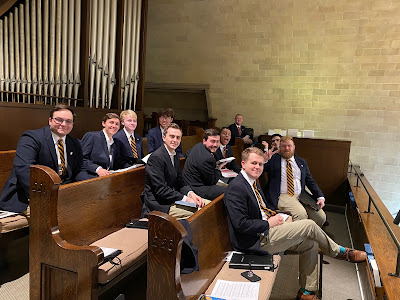 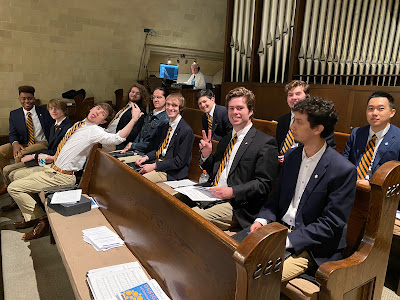 Someone might have forgotten his Glee Club attire. Or at least the part most visible to the public. But an early morning trip to a 24-hour Walmart yielded a stylish denim alternative. Sigh. 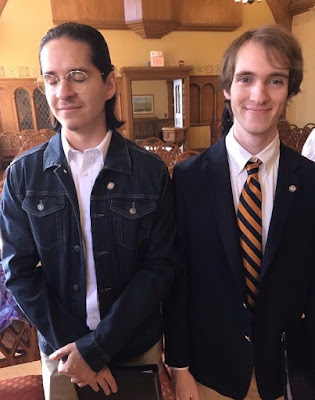 The bus ride has been extremely loud so far, mostly because a lot of the guys are in the back playing some sort of game that evidently involves a lot of yelling (Squeakquel!). After repeatedly imploring them to save their voices for tonight's performance, they appear to have settled down a bit. Or maybe the time outs are working!

Some of the guys have made themselves right at home on the bus, relaxing in the relative comfort of our motor coach. Because we have the same driver who took us to the Carolinas two years ago (Yay George!), we haven't had to break in a new one, which is a relief to all! 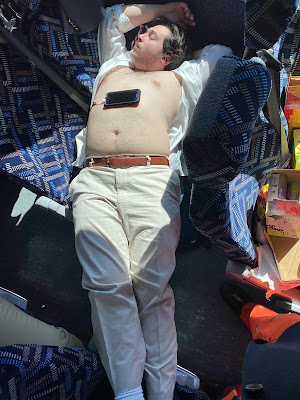 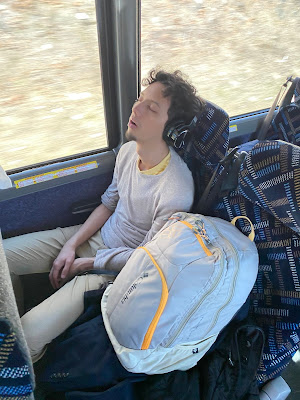 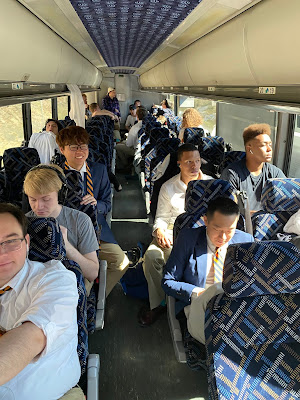 Popular posts from this blog

(Back Home Again In) Indiana 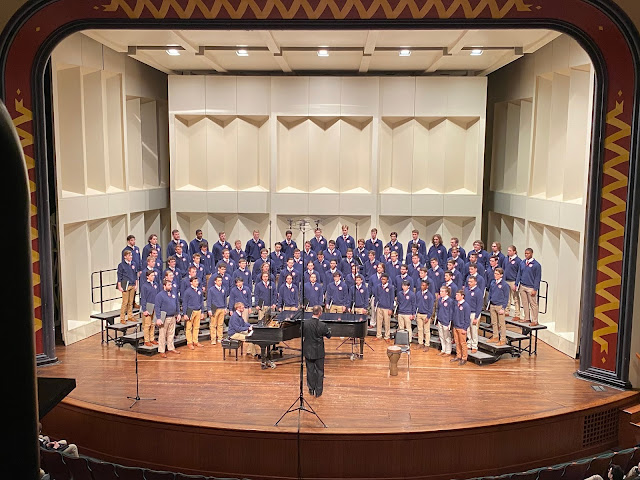 Well, we made it all the way from Ohio to Indiana without mishap, which is always a relief! We had a fantastic time last night, singing, dining, and partying (at their very own Glee Club house!) with the Miami University Men's Glee Club.

At the concert, the Miami guys sang first, then we did a solo set...


And then we joined together for two chestnuts from the male choir repertoire: Brothers, Sing On! and Franz Biebl's Ave Maria. (This pic is from the rehearsal before the concert. The semi-chorus, made up of men from both groups, stood in the balcony. h/t to Batwing for the photo!)😉


After the concert, the Glee Club took us to dinner at a local hot spot, and then many of them returned to campus (what normal schools call Grounds 😉) for some fellowship at the Glee Club House.

Fortunately, we have a free day today, so we departed Oxford, OH a little after noon (Djembe!) and drove a short distance to Indianapolis. We're staying right downtown, a half a block from the historic …
Read more
March 03, 2020 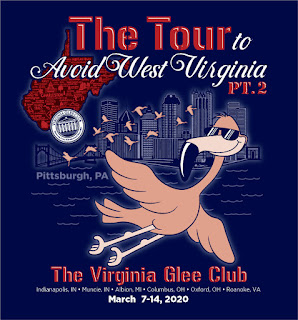 Stay tuned for posts and pictures when we leave on tour Saturday, March 7th.
Read more